Every few weeks on Commonwealth Avenue in Boston, you'll spot a boy or two with a dashing red tie featuring an odd pattern - a series of tiny Abraham Lincolns. These unique pieces of formal wear are a long-standing tradition passed down through generations of the men of the Boston University Dear Abbeys.

Their story begins in 1991, when their founding member caught the a cappella bug checking out a group from Columbia putting a spin on Glee club. BU already had two a cappella groups at the time, but neither were singing the classic rock with powerful soloists he had envisioned. They became the first and, to date, only all-male a cappella group at Boston University.  Their name is an ode to the secretary of the Student Activities Office, Abby Elmore, and they officially became "The Dear Abbeys" on February 15th, 1992.

"A lot of history is rooted in this story, and it is passed down annually, from the lips of the (returning) founders themselves to the freshmen, at each year's Spring Show in April," says former President and group senior, Yanni.

After years of this tradition, the Abbeys wanted to do something special to commemorate the 25th year of passing the torch. They came up with the idea to create an anniversary album, which is now up for a 2018 CARA for Best Male Collegiate Album - Songs for Mary Todd.

The recording process began at Sled Dog Studios in May 2016, and finished in January of 2017, allowing two generations of the group to be included on the album.

"The guys were ecstatic about taking road trips from Boston to Rochester and spending days on end singing, bonding, playing video games, singing, cooking, cleaning, telling stories, and singing. In May, we had come straight from graduation. So everyone was on an emotional high -- we really came together and ended the year on the highest note possible, while sending our graduating seniors off with some of their best memories." Yanni remembers.

The seniors weren't the only ones with memories. Yanni remembers a particularly powerful moment when the group was recording "Chasing Twisters," featuring those very freshly graduated seniors. Benji Hadar ('16) appeared in the booth, and "began what can only be described as a "tribal chant" grunt on the downbeats of the measures. We all started howling out of laughter and realized we loved the rawness and effect of his spontaneous idea." Those sounds can now be heard in the final mix, showing how sometimes, a little spontaneity can stick.

There were a lot of moments in the studio like that, as the boys worked closely with producers like Dave Longo and Johnny DelToro. The group went back and forth with their creative team, trying to hone their hours of rehearsal and studio time with the vision of the mixes. Ultimately, though, the partnership can be clearly heard in the moments created on Songs for Mary Todd.

Months later, the time came for the Abbeys to celebrate their hard work at their 25th Anniversary release party. The party took place a week before the release date, and was hosted in Boston with the Abbeys and a few dozen of their closest friends. They set up a full system of concert speakers and subwoofers to unveil their months of work. Within the first four minutes of the album they were blasting the speakers as their guests danced and screamed to the words of Dangerous Woman at the top of their lungs. Yanni notes "even if it's a well-known Ariana Grande song, it was still OUR recording -- they knew our "guitar solo," bridge, and all! Everyone was celebrating The Dear Abbeys' music. That's when I realized that all of our hard work had paid off ....It's hard to capture a moment like that, and harder to recreate the feeling."

And that effect didn't stop once the album hit Spotify;  "at the end of the recording process, we learned about what happens in the studio, and how TVC thinks and operates. This, in turn, inspired us to think differently about music, a cappella, and arrangements. It helped us learn how we can continue to push the envelope and be the best we can be the next time we record." 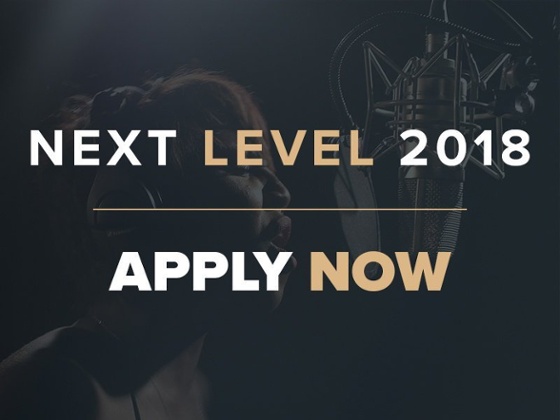