A group after my own heart, License to Trill has made perhaps one of the biggest splashes recently in collegiate a cappella and beyond, turning heads left and right out of seemingly nowhere. License to Trill brings a freshness to college a cappella, and the community in general -- one where sheer determination and talented singers have catapulted this group into one of the greats. It's no wonder that License to Trill is nominated for two CARAs this year -- one for Christopher Diaz's Best Professional Arrangement for a Scholastic Group, and Best Mixed Collegiate Song.

I had a chance to interview License to Trill's current music director, Tomas "Tommy" Padron, about L2T's history, recording process, and more.

License to Trill was founded by TCU Junior Sabrina Harb. She had always loved singing but not being in the School of Music, she had no way to express this love for music in her college career. With the help of a few fellow music lovers, she created the A Cappella Society and License to Trill. They didn't quite hit a running start, placing last at their first ICCA quarterfinal. However, in the next year with a new round of auditions the group doubled in size and doubled in talent. In their second ICCA, License to Trill placed 2nd and advanced to semifinals in Los Angeles. After such a great success, the majority of the executive team graduated, leaving License to Trill with a completely new Exec Board! This new exec took this opportunity to capitalize of on that success and take License to Trill to the next level.

The new music director, Tomas Padron, attended Next Level Direct which put the group in a perfect place to change for the better. With a new board, new ideas, and a new L2Team, we have had nothing but success. With the release of "Ride or Die," winning the first SING! Texas scholastic competition, being placed on BOCA, sing 14, being nominated for a CARA, and being chosen to compete at NACC 2018, L2T has been blessed enough to share their art with so many different audiences. While they've grown a lot from their founding, their intentions have never changed. License to Trill is a home for artists and musicians with all different backgrounds, majors, and stories to come together and simply sing!

What were you looking for in an a cappella producer for your project?

Tommy: When L2T decided to record "Ride or Die," we were still in the beginning stages of where we are today. We had gotten the arrangement professionally done through Chris Diaz and just knew that The Vocal Company was the only choice when it came to getting the best sound, the best quality, and the high energy, high intensity mix we were looking for.

And how was that recording experience for you and L2T?

Tommy: The recording experience was amazing. Being License to Trill's first single, we had no idea what to expect. But, the entire recording process was just hours upon hours of creative flow and artistic development. "Ride or Die" went from being a cool song to being a banger. With the help of our recording engineer, Pearce Illmer, we slowly built "Ride or Die" to become the absolute monster of a track that it is today.

David Longo was definitely our main influence in this process. As the mixing engineer, he transformed "Ride or Die" completely. The most amazing part of his influence for us was realizing that recorded a cappella was different. It was an art form in and of itself. The finished product wasn't just supposed to sound different, it was supposed to sound better. Dave opened my ears to the idea that you could take 17 voices and turn them into a 360 degree experience, a journey. L2T hasn't been the same since.

Tommy's favorite memory during the recording process was when they got the first mix of "Ride or Die" back.

"I remember Alex Adkins, L2T President then, producer for TVC now, and my best friend -- took me into a room before rehearsal and handed me his phone with headphones already attached and simply said, 'Listen.' And I did. And I sobbed. It was incredible. Singing solo on "Ride or Die" was always really cool, but to hear my voice supported by such a killer mix was life changing. It was a highlight of that year for me, and likely a highlight of my life."

When asked about his alma mater, TVC Producer Alex Adkins couldn't help but gush over their successes post-graduation.

"L2T is my EVERYTHING. Being able to shift from a member, to a mentor, producer, confidant, and momager (a la Kris Jenner) -- they have made me one freaking proud alum. They are releasing a video of their 1st Place, award winning performance from the SING! Texas Festival, and I know it's going to leave people shook and wanting more of their content."

"Their single 'Ride or Die' has done very well -- placing on compilations, and being nominated for multiple CARAs -- and it's now a running joke in the #TVCFam (Have you heard "Ride or Die"? The solo is my best friend Tommy). But seriously, the world is not ready for their NACC performance, upcoming EP, and more exciting things on the horizon. Love you guys! #L2Team"

So what's next for License to Trill, Tommy?

License to Trill has a lot of things coming up! We were the deliberation group for the ICCA semifinal here in Texas in March, competing at NACC 2018, and we're also in the works to recording and releasing our first full length album. We also may or may not have some surprise collaborations happening as well ;) 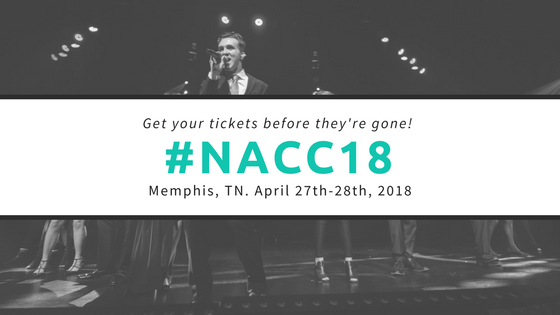