Vox Pop is a contemporary vocal group from the Washington, DC area. Since 2003, the group has earned a reputation as being one of the most entertaining local groups of their kind. Vox Pop has been featured as headline performers at such venues as The Music Center at Strathmore, Maryland Hall for the Creative Arts, World Cafe Live at the Queen, and Jammin' Java. The group has an award-winning performance style, having earned top prizes at the Aca-Challenge (2015) and SingStrong DC Aca-Idol (2016) competitions, as well as 2nd Runner Up at the 2016 Mid-Atlantic Harmony Sweepstakes. In 2017, Vox Pop was a headliner of the National A Cappella Convention in Memphis, TN.

The group has also made a name for themselves in the recorded a cappella world. Vox Pop's latest release, Very Good..., is the culmination of hard work refining their sound and style, resulting in a slickly produced album that is energetic from start to finish. The group recorded the album in the Fall of 2017 with producer Angela Longo from The Vocal Company.

I checked in with Vox Pop manager Brian Brandler to chat with him and his group about their incredible journey over the past few years and where they're headed next.

Tell me the story of why your group was founded, and how that brought you to where you are today.
Brian: Vox Pop was founded in 2003 by a few people who had recently graduated from college and were looking to continue singing a cappella. And after 15 years and, we still exist for that very purpose - we just look and sound a lot different! I can only speak for the past 6 years or so (I joined in 2012), but I know that in that time, we've evolved by starting to view ourselves more as a vocal band than an "a cappella group", by arranging songs that we know will challenge us as well as excite our audience, and by seeking out and accepting bigger and more prestigious performing opportunities.

Way back when you were still deciding, what were you looking for in an a cappella producer?

Brian: After a few initial recording efforts that we were really proud of, we set out to produce four new singles in 2015. We wanted to represent the unique group we had been evolving into over the years and reintroduce Vox Pop to the outside world. Based on our previous recording experiences, it was clear to many of us that the difference between a great a cappella track and a FIRE track is how the vocalists perform in the studio, and that is completely driven by the relationship with the recording engineer and producer. We knew that we needed to find a person that could help us perform to our full potential while still keeping the environment enjoyable (because let's face it, not all people love singing the same phrase 50 times in a row until they get it right!).

A few of us had met Angela Longo before, but none of us had ever worked with her. We were just super fortunate to have been connected with her! We just gelled with her right away, and she continuously pushed us to be better singers. By the end of that 2015 project, we had shared countless hours of riffs, laughs, and tears.

So, two years later, we couldn't wait to work with Angela again to produce Very Good... and recreate some of that magic. Your producer is like another member of the family; you have to put your faith and trust in them as you would anyone else in the group. Angela just made it so easy for us to do that. I even think that way back in the beginning of 2017, when we had this project and our producer in the back of our minds, knowing we'd be working with her influenced (in a very positive way) our song choice and arranging style. We think that the end result of this labor of love is an album of songs that have exactly what we were looking for: a mixture of just the right doses of energy, emotion, and grace.

Vox Pop @ NACC 2017
Were there any standout moments from your recording experience that really hit home for you and Vox Pop?

Brian: We had a lot of fun during tracking putting in some "hidden" elements that help color up the tracks a bit. For example, there’s a few ominous whispers behind a section of “Make It Rain” recorded by the soloist, Anna Fee; and we had a literal party to spice up "Don’t You Worry Bout A Thing!" To sum up the experience, two words: bitch mix (ask Angela).

What's next for your group? What are your next big plans/projects/gigs/tours?

Brian: The rest of 2018 is going to be fairly low key for Vox Pop, because we’ve just come off a 3-4 year run of non-stop activity. It's been amazing and we're so grateful we've had the opportunity to do so much! We're using this time "off the road" to reflect a bit and take stock of what's important to us as a group and a family before we plan the next steps. Everything is on the table - we're as excited as you are to see what's next!

Love what you hear from Vox Pop's latest recording project? You're in luck! Check out our Guide to A Cappella Fundraising, curated by Marketing Queen, AJ Marino. Recording an album, traveling, or putting on a big show is super doable and we're here to help make it possible! 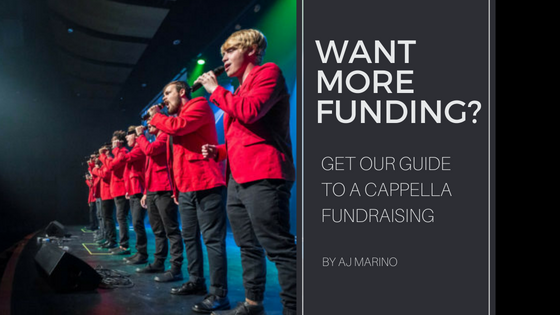